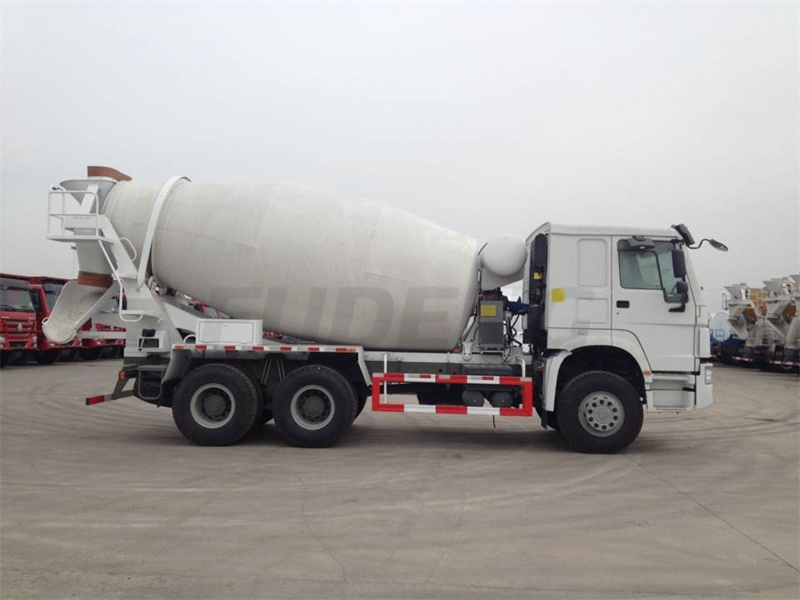 The HOWO concrete mixer trucks is composed of: second-class chassis, transmission system, hydraulic system, frame, mixing tank, feeding and discharging device, water supply system, control system, human ladder and other parts. The front end of the mixing tank is connected with the reducer and installed on the front of the frame, and the rear end is supported by two supporting wheels installed on the back of the frame through the raceway. 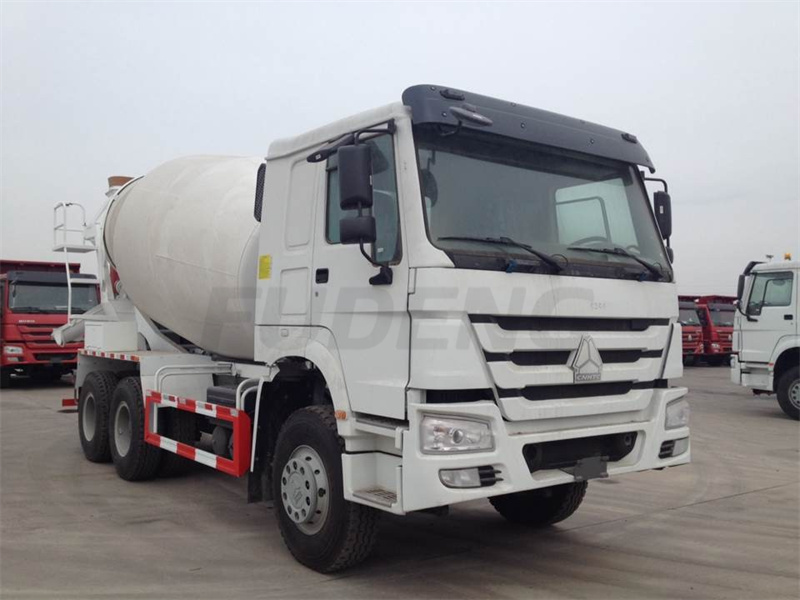 Precautions for the use of HOWO concrete mixer trucks

1.The pressure of the hydraulic system should comply with the regulations in the instruction manual and should not be adjusted arbitrarily. The oil quality and quantity of hydraulic oil should meet the original requirements.

4. During construction in winter, it should be done practically: check whether there is ice before starting the machine; carefully remove the residual water in the mixing drum and the water supply system when leaving work, turn off the switch of the water pump, and put the control handle in the “stop” position.

5. After unloading at the construction site, immediately use the hose provided with the mixer truck to flush the feed hopper, discharge hopper, discharge chute, etc., to remove the sludge and concrete adhering to the body. On the way back to the mixing station, 150-200L of water should be injected into the mixing drum to clean the concrete residue bonded by the drum wall and the blades. 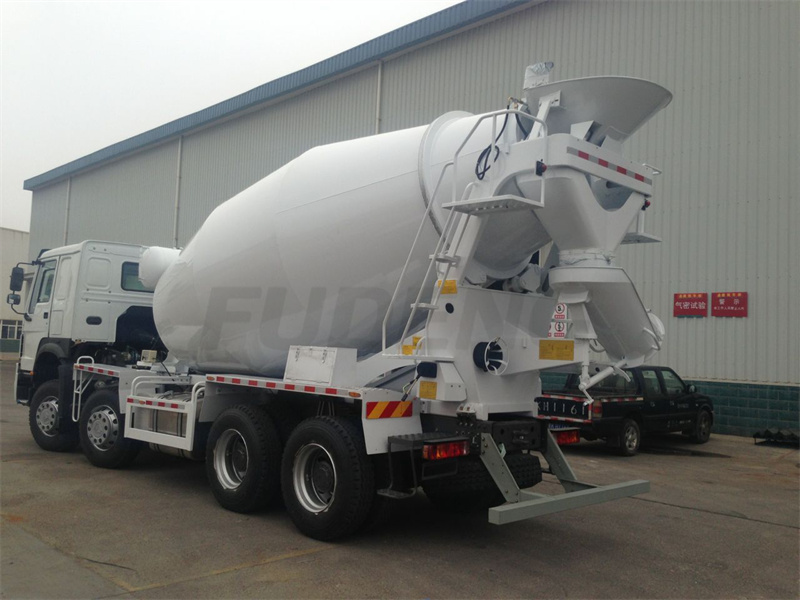 6.At the end of each day’s work, the driver should be responsible for injecting clean water into the mixing drum and rotating at high speed (14-18 rpm) for 5-10 minutes, and then draining the water to ensure that the drum is clean. When cleaning each part of the mixing drum with high pressure water, avoid the instrument and the joystick and other parts. The distance between the pressure water nozzle and the painted surface of the vehicle body shall not be less than 40 cm.

7. When removing the dirt inside and outside the mixing drum and the remaining concrete slag, and when the mechanic enters the drum for maintenance and welding repair work, it is necessary to turn off the HOWO concrete mixer trucks engine first to make the mixing drum completely stop rotating. During the working period of the mechanic entering the cylinder, it is necessary to ensure that the mixing cylinder is well ventilated, the air is fresh, there is no natural gas and harmful dust, and the oxygen supply is sufficient (pure oxygen should not be used). When using power tools in the barrel, the operator must have good insulation protection.

9. The wear of the stirring blades should be checked regularly and repaired and replaced in time.

10. Implement all relevant safety operation specifications. HOWO concrete mixer trucks drivers must undergo professional training, and those who do not have a certificate are not allowed to work.